So at the end of June I decided to take a trip downtown to visit the farmers market at Custom House Square. Because I visited slightly early in the season, there weren’t any vendors selling fruits or vegetables; however, there were several other vendors selling their amazing products. By taking the time to talk with them, I learned more about each and every one of them—their background, more about their business, and even just who they were on a more personal level. I was so impressed with the wonderful people I met (and all the free samples), that I decided to highlight some of these businesses here. I can’t wait to head back down a little later in July when there are more vendors, foods, and people to talk to. The first tent I stopped by at belonged to Mike from Wyandotte Farm. After asking for a picture, I began to ask him more about his business. Mike told me that he began working in the fish business in New Bedford for 22 years. He then decided to shift into farming and building his own business with his wife, Elizabeth. Now, he travels to five local farmers markets each week selling fresh eggs, chicken, meat pies, and more! Their focus is on sustainable and natural farming techniques. It was a pleasure meeting with him and learning more about his business. The next woman I spoke to was one of the owners of Buzzards Bay Bee Company. I first just want to say that she was the sweetest woman ever; very friendly and informative about her business. Buzzards Bay Bee Company makes a variety of products using simple and natural ingredients. Anywhere from lip balm, to crayons, to delicious shortbread cookies, Buzzards Bay Bee Company does it all while remaining passionate about supporting the healthy lives of the honey bee. Definitely stop by and say hello to them when you visit the farmers market this summer.

La Rhonda’s… “Alchemy in a Jar” I then moved down to visit the tent belonging to La Rhonda’s Alchemy in a Jar. There I met Rhonda, a food alchemist, and began asking her more about her business. She told me that seeing food she could make herself being brought to life on TV inspired her to start a business of her own. Her colorful array of homemade jams looked delicious, and she informed me that she is going to begin doing live demonstrations during New Bedford’s AHA Nights to show how to incorporate jams into cooking other meals, not just spreading it on bread. I am definitely going to stop by during the next AHA Night and check it out, and you should too! I definitely had to stop by the Smackadoodles tent once I saw how adorably decorated it was. This business was born after the owner whipped up some cinnamon rolls for a pot-luck and saw how much of a hit they were. Named after a nickname for her daughter, Smackadoodles takes cinnamon rolls to the next level! They start with a cinnamon roll and either fill it or top it off with delicious gourmet ingredients. After trying a sample, I can vouch for them that it is even more delicious than it sounds. The woman at the tent informed me that they focus on using natural ingredients in their pastries. Whether you like sweet or savory, your mouth is going be watering for these, I can assure you of that. 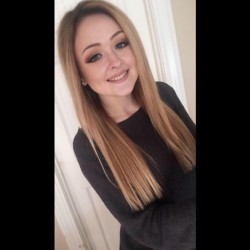 Erin Baker
Marketing Intern at Groundwork!
Erin is a senior at UMass Dartmouth pursuing a degree in Marketing. Residing in Acushnet, she loves spending her time in the wonderful area she grew up in, knowing it has so much to offer.

Latest posts by Erin Baker (see all)
Posted in Community